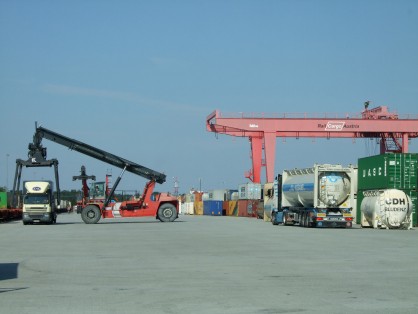 In March 2013 the European Union and Japan began negotiations on a bilateral free trade agreement. In the framework of a study entitled: "Economic effects of a free trade agreement between Japan and the EU" researchers from the Ifo Institute analysed the economic results of such an agreement. Their results show that although its effects on the labour market in the two regions would be limited, both trade partners would enjoy considerable welfare gains. Merely abolishing customs and excise duties, on the other hand, would only provide a moderate impetus for the economy.

Japan has been caught in a deflationary spiral for the last two decades. The signature of a free trade agreement with the EU is seen as a building block for overcoming the crisis. Discussions over the agreement are completely overshadowed by negotiations over the free trade agreement between the USA and the EU, although the EU and Japan together generate around 45% of global gross domestic product and are involved in 25% of global trading activity. Both contractual partners enjoy similar levels of development and have close investment and trade links. "Japan is the sixth biggest buyer of European products, and vice-versa the EU is the third most important foreign sales market for Japan. Bilateral trade relations are therefore very important for both parties," notes Erdal Yalcin, Deputy Director of the Ifo Center for International Economics.

To measure the effects of a free trade agreement between the EU and Japan on trade, the labour market and prosperity, Yalcin examined the effects of a pure reduction in customs and excise and compared this to the results of a comprehensive liberalisation, which, in addition to the abolition of customs and excise, would also include a reduction of non-tariff barriers (NTBs).

Should comprehensive liberalization occur, exports would increase by 4.17% in the EU and by as much as 10.78% in Japan – in absolute figures this represents an additional export volume of 75 billion US dollars for both regions. This is considerably higher than the corresponding figure for a mere reduction in customs and excise, which would only lead to a 0.37% increase in EU exports and a 0.95% increase in those of Japan, which “only” amounts to 6.7 billion US dollars in absolute figures.

The welfare effects would also be stronger in the event of comprehensive liberalisation. For the European Union this would represent around 0.21% growth in real GDP, while Japan’s GDP would even grow by 0.86%. If customs and excise duties were merely to be lowered, on the other hand, there would only be welfare gains of 0.02% for the EU and 0.07% for Japan. “These positive effects on GDP are mainly due to the fact that productive firms expand their export volumes and more companies start exporting. This will initially bring more competition and, against this background, efficiently operating companies will boost their productivity over time,” explains Yalcin.

The positive impact on the labour market, on the other hand, will only be moderate. A free trade agreement would lead to 18,000 new jobs in the EU, but this is nevertheless considerably higher than the corresponding figure in the case of a mere reduction in customs and excise, which would only create around 1,700 new jobs. The employment effect in Japan would be similarly low, with full liberalization resulting in just 10,000 new jobs.

Other regions would be slightly disadvantaged by a free trade agreement between the EU and Japan, with the loss of 15,000 jobs worldwide and a 0.05% decrease in GDP in other Asian countries. However, these disadvantages would be clearly outweighed by the economic gains involved in a liberalization of trade between the EU and Japan. “The most important factor is the increase in productivity. In the event of sweeping liberalisation, this will amount to 0.13% in the EU and 0.56% in Japan and will have the greatest influence over GDP growth. For Europe, a free trade agreement would be accompanied by an improvement in competitiveness on the one hand, and would represent a link to other international markets on the other”, notes Yalcin. 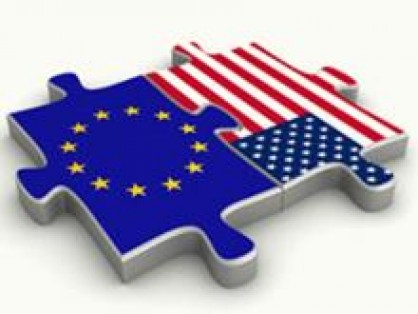 The European Commission today agreed the draft mandate for the Transatlantic Trade and Investment Partnership Agreement with the United States, effectively firing the starting gun for what is hoped to be a relatively quick negotiation. The draft mandate will now be sent to the Council for the Member States to approve it before negotiations can start.

"I am very pleased that just one month after the announcement by the EU and the US to go for this ‘game-changing’ trade deal, the European Commission is ready with a proposed mandate for the future negotiations. We can now roll up our sleeves up and get down to the business of preparing negotiations," said European Trade Commissioner Karel De Gucht. "I hope that Member States will now quickly decide to open negotiations so work can begin with the United States before the summer break."

Last month, President of the United States of America Barack Obama, European Commission President José Manuel Barroso and European Council President Herman Van Rompuy announced they were each starting the internal procedures necessary to launch negotiations on the much awaited trade agreement. The negotiations will be based on the work of the EU-US High Level Working Group on Jobs and Growth co-chaired by Commissioner De Gucht and United States Trade Representative Ron Kirk.

The EU and the US make up 40% of global economic output and their bilateral economic relationship is already the world’s largest. The aim of the high-standard Transatlantic Trade and Investment Partnership is to liberalise trade and investment between the two blocs.

According to a report released today by the European Commission (Reducing Transatlantic Barriers to Trade and Investment), the final agreement could see EU exports to the US rise by 28%, earning its exporters of goods and services an extra €187bn every year. Consumers will benefit too: on average, the agreement will offer an extra €545 in disposable income each year for a family of four living in the EU.

The European Union and the United States will have their eyes on more than just removing tariffs. Tariffs between them are already low (on average only 4%) so the main hurdles to trade lie \'behind the border\' in regulations, non-tariff barriers and red tape. Estimates show that 80% of the overall potential wealth gains of a trade deal will come from cutting costs imposed by bureaucracy and regulations, as well as from liberalising trade in services and public procurement.

That\'s why the two trading giants will reinforce their regulatory cooperation, so to create similar regulations rather than have to try to adapt them at a later stage. The aim is to build a more integrated transatlantic marketplace, while respecting each side\'s right to regulate in a way that ensures the protection of health, safety and the environment at a level it considers appropriate. Both sides hope that by aligning their domestic standards, they will be able to set the benchmark for developing global rules. Such a move would be clearly beneficial to both EU and US exporters, but it would also strengthen the multilateral trading system.