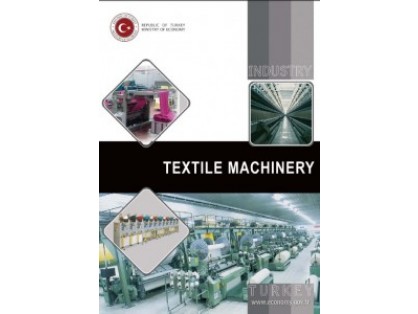 A brief report about textile machinery production and trade in Turkey has been recently updated by Ministry of Turkey. According to the report, Turkey has recently emerged as a machinery-maker with Turkish machinery industry recording a substantial export performance between 2003 and 2013. Compared with the export volume of US $1,6 billion in 2003, total export volume of Turkish machinery industry reached an amount of US $7,1 billion in 2013, almost quadrupling in this period. The share of textile machinery exports within Turkey’s total machinery exports volume went up from 3,4% in 2003 to 4,6% in 2013, showing an increase rate of more than 67%.

Post by: Ministry of Economy, Directorate General of Exports 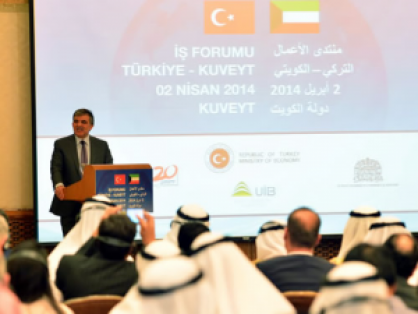 Addressing the Turkey-Kuwait Business Forum as part of his official program in Kuwait, President Gül called on business leaders from both countries to fortify their partnership and said: “I believe that Turkey offers great opportunities to Kuwaiti investors in many areas including the finance sector.”

Source: Presidency of the Republic of Turkey

Post by: Misitry of Economy Directorate General of Exports

President Abdullah Gül delivered an address at the Turkey-Kuwait Business Forum as part of his official program in Kuwait.

Evincing his pleasure at addressing his audience at the forum, President Gül declared Turkish-Kuwaiti bilateral political relations to be excellent and noted that Turkey offers great opportunities to Kuwaiti investors in many areas including the finance sector, as he said Turkey is a country with minimum risks and very high advantages for investors indeed. “There could be other countries that can bring more profits for investors, but these countries might have more risks, so Turkey is an ideal country for you to invest in. You can be sure that the stability and security Turkey has achieved in the last decade will continue in the future as well.”

Investors of Kuwait, which shares the same culture and historical values as those of Turkey, will feel at home in Turkey, noted the President, pointing out that Kuwaiti citizens can purchase estates in Turkey.

Turkish contractors have won the bid to expand the airport in Kuwait, recalled President Gül, saying that such projects constitute an important part of the economic relations between the countries. The volume of trade between Turkey and Kuwait, added the President, should be augmented.

President Gül continued as follows: “Turkey used to impose anti-dumping tax on some petroleum chemicals. After the Ministry of Economy examined the complaint made by Kuwait in this regard, it found this practice inappropriate, so this tax has been lifted.”

Calling on business leaders from both countries to fortify their partnership, President Gül suggested that they seize the great potential these countries enjoy. All doors in Turkey are open for you, declared the President.

Referring to Turkey’s approach toward the Gulf region as strategic, President Gül further emphasized the importance of stability and security, as he said the stability and security of this region mean stability  and security in a broader geography, including the Islamic world. When these two crucial elements can be established, economic partnerships and cooperations will follow. “Our relations will be even better in the understanding of win-win policy.” 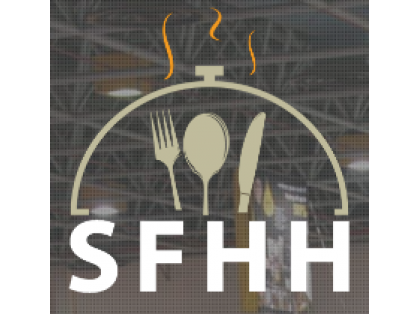 Saudi Food, Hotel & Hospitality Arabia Exhibition will be held in Jeddah, Saudi Arabia on April 13-16, 2014. Turkey will participate in the event at national level.  Turkish companies operating in the related sector will be present at the fair.

Post by: Ministry of Economy General Directorate of Exports 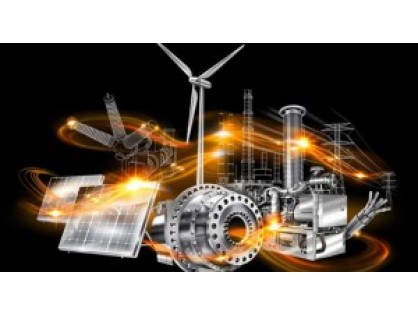 ENERGY – International Trade Fair for Renewable and Conventional Power Generation, Power Supply, Transmission, Distribution and Storage will be held in Hannover, Germany on April 7-11, 2014. Turkey will participate in the event at national level.  Approximately 63 Turkish companies operating in the energy generation, transmission and distribution sector will be present at the fair.

Post by: Ministry of Economy General Directorate of Exports