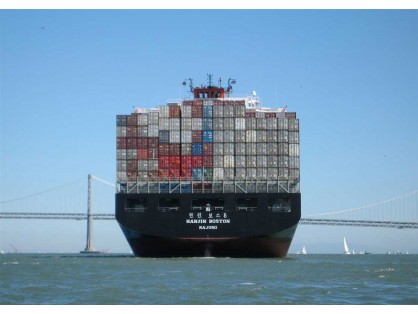 Turkey’s exports rise due to recovery signs in Europe (December 03,2013).

Turkey reached some $13.8 billion worth of exports in November, the highest monthly figure in the country’s history, by an 8.8 percent increase from the same month of the previous year, mainly due to signs of recovery in European markets, Turkey’s Exporters’ Assembly (TİM) announced Dec. 2.  “This is the highest monthly export figure of our republic,” said TİM head, Mehmet Büyükekşi, adding more recovery signs in the Eurozone were on the way, making Turkish exporters more hopeful for 2014.  Economy Minister Zafer Çağlayan said he hoped the highest monthly export figures will be announced, surpassing $14 billion, at the end of the month by the Turkish Statistical Institute (TÜİK) for November.  Turkey’s largest export markets were Germany (with approximately $1.3 billion), Iraq ($1.2 billion), Britain ($869 million), Russia ($659 million) and Italy ($622 million) in November, according to the TİM figures.  Turkey’s exports to the European Union increased by 9 percent, Büyükşi said, adding the European economy gave signals of exiting the recession.  The Eurozone region’s imports have started to increase during the third quarter of the year after declining for months, he said, adding the latest developments between Iranand western powers would also positively affect Turkey’s exports. Turkey’s export champion was the automotive sector in November with exports worth $2.08 billion, according to the TİM data. The volume of automotive exports reached up to $19.55 billion in the first 11 months of the year, increasing 12.2 percent from the same period of previous year, representing some 14.1 percent in the country’s total export volume.  The sector was followed by the ready-made textiles sector with around $15.95 billion in the first 11 months of the year, reaching some 11.5 percent of share in Turkey’s total exports.  Büyükekşi said Turkey will reach an export volume worth of $153.5 billion by the end of the year in accordance with its targets. 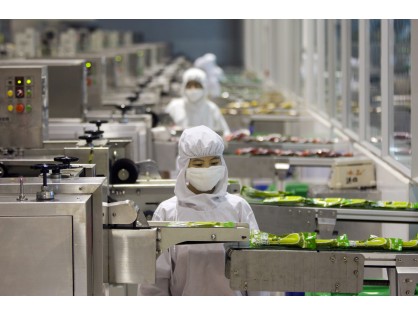 Production accelerates in Turkey and Europe.

Turkey’s manufacturing Purchasing Managers Index (PMI) increased to 55 percent in November, the highest rise in the last 2.5 years, thanks to a significant rise in new product orders and in production volume. The increase is in line with an increase in the manufacturing PMI of the eurozone, which is at its highest levels since June 2011.  The Markit index of manufacturing sentiment rose to a 32-month high of 55 percent in Turkey, mainly due to the rise in the sub-section of the production sector, which jumped to 56.7 percent. Turkish purchasing managers said both domestic and foreign demand had risen in November. One of four companies increased their production levels, causing purchasing managers to up their buying activities.  Some 30 percent of participants observed increases in input prices in Turkey, including in oil prices.  Buoyant demand for manufactured goods drove eurozone factory activity to accelerate at its fastest pace in over two years last month and allowed firms to build up a small backlog of work. But that growth was still weak and Markit, the compiler of the Purchasing Managers’ Indexes, said evidence of a renewed downturn in France and Spain - as well as firms cutting staff - was disappointing. Eurozone PMI also rises “The November manufacturing PMI surveys bring good news on the whole, but suggest there’s still a lot to worry about in terms of the health of the eurozone economy. The big concern is France,” said Chris Williamson, chief economist at Markit. Markit’s Eurozone Manufacturing PMI rose to 51.6 last month from October’s 51.3, just pipping an earlier flash reading of 51.5. An index measuring output nudged up to 53.1 from 52.9. November was the fifth month the index was above the 50 level that denotes growth, and the reading was the highest since June 2011. 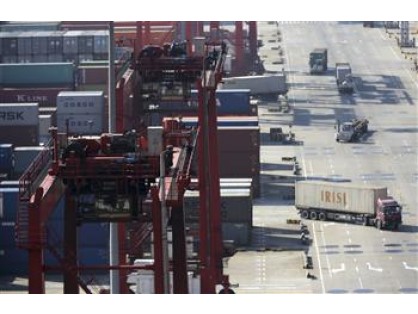 Turkey’s foreign trade deficit rose to $7.3 billion in October, from $5.5 billion in the same month in 2012, representing a 31.8 percent increase, according to figures revealed by state-run statistics body TÜİK on Nov. 29.  Economy Minister Zafer Çağlayan said the decrease in export was due to the Eid al-Adha Holiday, a drop in global demand and a loss in gold and iron-steel products due to an embargo imposed on Iran. Exports fell to $12.1 billion, an 8.2 percent drop, from October 2012 to October 2013, while imports rose to $19.4 billion with a 3.7 percent increase.  The export coverage of imports fell to 62.1 percent from 70.2 percent during the same period. Exports to the European Union rose to $5.3 billion, a 0.2 percent increase, during the period in question.  Çağlayan stated that while exports volume in the first ten months was $124.5 billion and imports volume was $207.1 billion, the export coverage of imports was 60.1 percent. “There is a 1.2 percent in fall in our ten-month exports. There are 20 countries that divulged foreign trade data between January and October. Their average of rise in exports in this period was 2.5 percent. We also tried to raise our exports. But a slowdown in demand worldwide and the situation in Iran (sanctions imposed by the United States) saw a decrease in Turkey’s exports. However, we see positive developments for us in Europe,” he said. Turkey’s main export trading partner, Germany, remained strong with $1.1 billion in bi-lateral trade, a figure representing a 4.8 percent rise. Iraq ranked second at $1 billion, followed by the United Kingdom at $805 million and Russia at $615 million.  The top country for Turkey’s imports was China at $1.9 billion, followed by Germany at $1.82 billion, Russia at $1.81 billion and Italy at $1.1 billion. 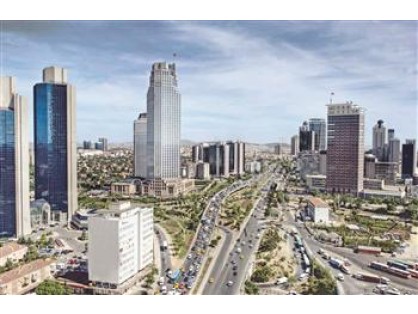 The International Monetary Fund (IMF) has forecasted a 3.8 percent growth rate for Turkey this year with private consumption and public investment as the main contributors. “The Turkish economy achieved a welcome reduction of imbalances in 2012. In 2013, growth has accelerated significantly on the back of a monetary and fiscal policy stimulus,” the IMF said, in the Article IV consultation with Turkey on Nov. 20. However, it warned that the current account deficit was widening again because of domestic demand-led growth.  The IMF’s Executive Directors noted the faster growth of the Turkish economy this year, due in part to policy stimulus. Nonetheless, they observed that the domestic demand-led growth was leading to a renewed deterioration in inflation and the current account deficit. In the period ahead, Directors encouraged the authorities to tighten their macroeconomic policies and step up structural reforms to strengthen external performance and bolster economic growth. Inflation forecast at 8 percent Turkey’s inflation is estimated to reach 8 percent this year as the country’s central bank forecasted it at 6.8 percent.  The Turkish economy was on track to meet its 2013 budget targets, despite rapid spending growth, the report said. “As one-off factors boosted revenues beyond projection, the government made use of these windfalls to increase capital expenditure significantly beyond the budget ceiling, while maintaining its overall deficit targets,” it said.  The banking system remained well capitalized, with capital ratios well above regulatory minima and non-performing loans (NPLs) remaining subdued, despite some uptick over the last year, it noted.  Directors also pointed out the Turkish economy’s low saving rate and reliance on external financing. They underscored the importance of raising both private and public saving and stepping up structural reforms to raise competitiveness, attract foreign direct investment, and enhance growth while reducing external imbalances.  “The authorities’ efforts to decrease energy dependence, increase labor market flexibility, reduce the informal sector, and reform private pension are in the right direction,” they said.